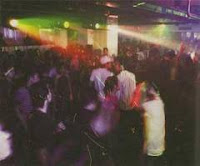 It is well known that, all countries in the world have their own culture as their property to be shown as a symbol of the countries. Hence, culture is really important for one country, such Indonesia. Basically, Indonesia is well known as rich country which has many kinds of culture. Most of Indonesia cultures are unique, exotic, and interesting. One of the examples is tourism. It has been proven that many people especially foreigners like visiting Indonesia beautiful tourism.